Making memories to last a lifetime

Sherrie believes that capturing a moment of time can create a memory to look back on that could have been long forgotten if not captured by a camera. This intention of capturing a small instance of life spills into the detail of her professional photography but also into capturing the emotions of her subjects.

Sherrie was born and raised in Glasgow and went to Glasgow University to study psychology. She soon realised it wasn’t for her and went into teaching instead. It wasn’t long before her love and habit of taking pictures of her and her friends (long before phones had cameras on them!) turned from a hobby into a passion.

Her boyfriend at the time (now husband) bought her a DSLR camera. He originally bought it because he was going to propose in Lapland and had wanted to capture all the amazing moments and their memories of the special holiday.

Sherrie ended up using the camera extensively, enjoying the process of capturing moments in time. Soon people began commenting on her pictures and a friend asked her to shoot their Dad’s wedding – this was only after three months of having a camera. In the time before the event she crammed in learning everything she could about event photography. The wedding went relatively well and she enjoyed the process and the buzz around taking people’s photos when they’re at their happiest.

During some time off Sherrie took lots of pictures and put all of her energy into teaching herself and spreading the word about offering her photography services.

In the UK most of her photography was wedding focused or based on travels around Scotland. Since moving to Dubai in 2017, Sherrie has concentrated on doing more business-oriented photography, and personal branding.

Sherrie admits that her husband has bought all her camera equipment – he’s better at researching the technical side while she focuses on the using her eye for detail and making sure the composition is absolutely spot on.

She uses a 5D Mark 3 or an EOS R, where the quality is better and more versatile.

Inspiration behind a photograph

Sherrie finds there is so much to photograph in life. If she finds something beautiful and aesthetically pleasing it is automatically something she would pick up her camera for. She finds joy and laughter to be infectious – it makes her smile – and why not have more of this positivity in life?

She likes to take images of people and so she always has her camera to shoot people having a good time at events and parties, socially and professionally.

Sherrie considers herself to be outgoing and extroverted and finds this useful in her job where she isn’t frightened to make herself look stupid if it puts people at ease. Keeping it as natural and comfortable as possible is the aim of the game to ensure people relax and forget about the camera and interact more naturally.

Sherrie has found weddings in the UAE a total contrast to those at home. Here they are generally more culture specific in attendance, traditions and methods.

She has found Indian weddings in particular to be intense, crazy and magical. And as opposed to having one wedding photographer a full team is required to literally get close up and in the middle of everything to capture festivities from the centre of the action.

The story behind making memories

Most of Sherrie’s photographs are usually about making memories, such as being on a trip with people, experiencing something that she wants to record. She doesn’t want to forgot the little things and capturing a moment often also captures the little details that we forget over time.

There are many forgotten small moments of friendships, events and adventures over the years, and recording those moments are so important – you relive them, you’re taken right back to that time and place in an instant.

The world is a big place and there is so much in it. Sherrie doesn’t believe in limiting yourself, whether in life or in photography – and it would be a shame to miss something by putting restrictions on yourself. You should be open to everything and anything – just because you like one thing, doesn’t mean you can’t like others. We should be allowed to have varied tastes in what we do and what we enjoy.

Taken on the Isle of Harris in Scotland where they went for Sherrie’s husband’s grandma’s 90th birthday. One of the most beautiful places she’s ever been. Don’t be deceived by the colour of the sea – it was freezing. 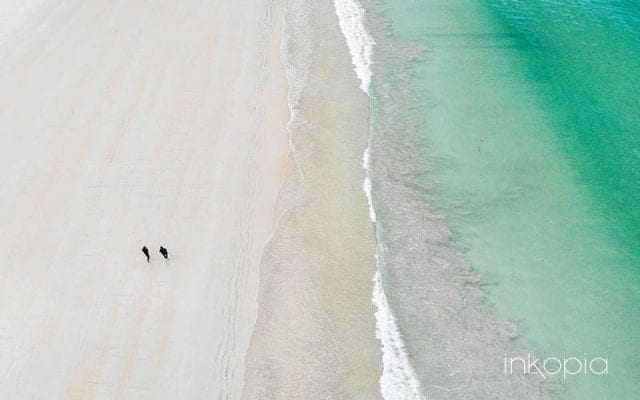 While on Harris they visited a gin distillery. Although traditionally they distil gin, these are actually whiskey barrels. None of them are currently sellable (or drinkable) as the liquor is too young to drink.

Sherrie’s husband was a member of a Scottish car club and they used to take part in the North Coast 500, where they would drive 500 miles up the east coast to the top of Scotland and then back down the west coast. Every year they do this run in the spring joined by some amazing cars doing the full trip over three days. Not only is the drive incredible (most people would take a few weeks to take in the scenery and culture along the way) but the cars make the journey more fast and furious. 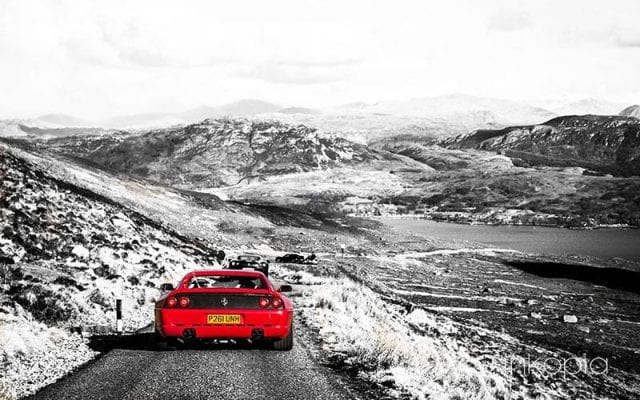